A Conversation Between Contrasts 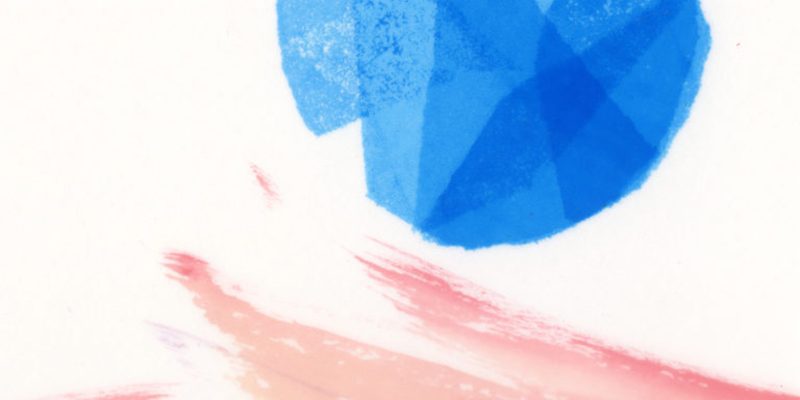 A Conversation Between Contrasts is Natasha and Christina’s second collaborative series together. This screen-print and paint collaborative series is an expansion on their previous exhibition, Peaks and Slopes, where the two created their artwork separately then combined silk-screened images to create new and expressive topographies. With both artists still working provinces apart – Natasha in Calgary, Alberta, and Christina in Hamilton, Ontario, both still aimed to create engaging new landscapes, but this time looking to challenge the scale of their pieces and materials. Can two minds create a coherent body of work while being not only separated by distance, but also by medium?

The work first began with Christina’s blue moons. She ripped apart paper only to piece them back together by layering the individual silk-screen pieces to represent the moon. Natasha’s inspiration came from her travels up North in the Yukon this past summer. Throughout her stay, the moon was an absent element in the usually busy sky. As a native Ontarian, the moon is always a steady ever-present entity in the night sky. This overtly noticeable absence became the connection and driving force behind the series for Natasha.

Just as the midnight sun shines in the north, A Conversation Between Contrasts plays on many opposing elements; destruction and creation, opaque and translucent, deliberate and organic, serene and violent. The artists work mimics conversation as the artwork travels back and forth over thousands of miles, influencing one another, just as the moon and the tide influence one another. Developing the complexity of multi-medium art, Christina and Natasha continue to speak to the idea of keeping friendship alive through collaboration and art, this time by having a dialogue through print and paint.