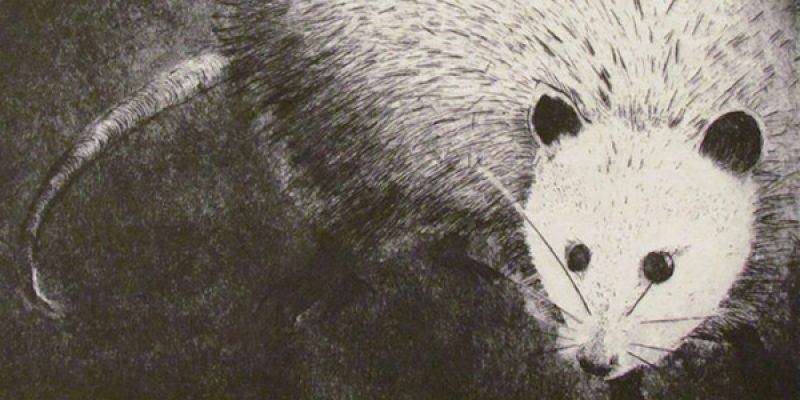 One summer evening as I was reluctantly weed-whacking the garden, I stopped to admire a stalk of Queen Anne’s Lace that had reached epic proportions in the middle of my gravel driveway.  This thing was huge, at least 4 ft tall, with blooms as big as dessert plates and a stem as thick as my finger. By rights (translation: to keep my neighbours happy), I probably should have whacked it. But, like the thistles and goldenrod that also proliferate in my yard, and the sumac tree that I actively encouraged when it sprouted inexplicably through a block of concrete beside my porch, I happen to like Queen Anne’s Lace. In fact, most of the plants I love are considered weeds. Most of the animals I like are generally considered pests. If you can hire a service to trap, poison or otherwise exterminate it, no doubt it’s something I have a great fondness for.

Because here’s the thing about weeds, pests and vermin – not only are they often incredibly beautiful (consider a field of dandelions!), but they survive and thrive no matter what we throw at them. So here’s a little celebration of some lovely varmints, the disparaged winners of nature’s game who inhabit the out of the way corners of life despite our best efforts to eradicate them.

Kara Wille grew up in a house filled with creativity and the materials to craft almost anything.  Some of her earliest memories are of making potato prints with her mother. After a childhood and adolescence filled with drawing, painting and fearless expression, Kara went to art school which quickly put an end to all that.

Many, many years later, and thanks largely to the opportunities offered by Centre3, Kara rediscovered the intense pleasure of printmaking, a medium that had always appealed to her Germanic appreciation for process and to her innate appreciation for the unknown – because with printmaking, until that moment when you peel the paper away from your plate, you never quite know what you’re going to get.

Sincere and heartfelt thanks to Centre3 for existing and offering such amazing opportunities, to Maureen Steuart, Alan Peachey and Paul Levy for their endless support, to Robert Creighton for years of mentorship/guidance/storytelling, and to my parents for raising me to know the absolute satisfaction of making things by hand.