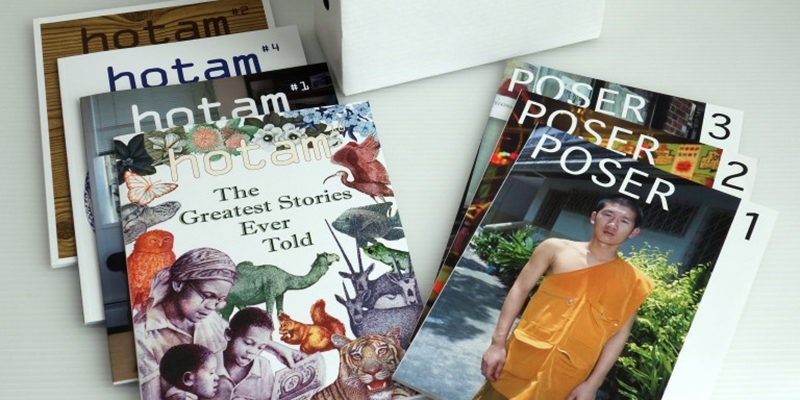 Translations will bring together a number of print and media-based works by Ho Tam that the artist has produced throughout the last twenty years of his career. Reflecting the artist’s personal experience of being located between two cultures, and the practice of “reading between the lines” that marginalized subjects perform in order to understand the ubiquitous “unspoken rules, codes and taboos” that permeate various forms of everyday culture, the exhibition will explore the slippage that transpires in linguistic forms of language as well as in the numerous methods of visual communication that the artist employs in his practice. Documenting Tam’s shifts from printmaking to time-based media to printed material, as well as, his ongoing interest in the fields of transmission and exchange, Translations will explore how use of the text and imagery in advertising and mass media has informed the artist’s work, while highlighting the specific ways that they have been deployed throughout his oeuvre.

Ho Tamwas born in Hong Kong, educated in Canada and the U.S. and worked in advertising companies and community psychiatric facilities before turning to art. His multidisciplinary practice spans photography, video, painting and print media. His first video, The Yellow Pages, was commissioned by the public art group PUBLIC ACCESS for an installation/projection at the Union Station of Toronto in 1994/95. Since then Tam has produced over 15 experimental videos. He was included in the traveling exhibition Magnetic North: Canadian Experimental Video by Walker Art Center, Minnesota. His feature documentary film “Books of James” was awarded Outstanding Artistic Achievement (Outfest, LA) and Best Feature Documentary (Tel Aviv LGBT Film Festival). The artist holds a BA from McMaster University, an MFA from Bard College, and is an alumni of Whitney Museum Independent Studies Program. A recipient of various fellowships and artist’s grants, the artist is represented by Paul Petro Gallery in Toronto.